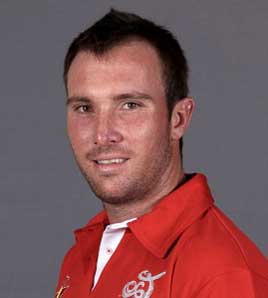 
Brendan Taylor is a Zimbabwean international cricketer, and a former Zimbabwean captain. Taylor is a right-handed batsman but is also a part-time wicketkeeper and off spinner. He leave from Zimbabwe in 2015 after signed a three-year Kolpak deal with Nottinghamshire in 2015. This deal makes him ineligible to play international cricket for Zimbabwe. But in September 2017, he terminated his contract with Nottinghamshire to return home to Zimbabwe.

Zimbabwe finish T20I series on a high with narrow win [+]
Zimbabwe secured a five-run victory against Ireland in the fifth and final T20I in Bready, with the series finishing 3-2 in favour of the home side.

Mark Adair eases Ireland to series win [+]
Ireland move into an unassailable 3-1 series lead after defeating Zimbabwe in the fourth Twenty20 match between the sides at Bready.